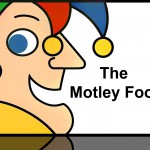 The Motley Fool announced last week that Whole Foods Market co-founder and co-CEO John Mackey has joined the Company’s Board of Directors.

Since co-founding Whole Foods Market in 1978, Mr. Mackey has led a revolution in how Americans shop for their food. He has shown a world-class ability to scale brands and businesses, growing Whole Foods into a top supermarket with more than 370 stores and 80,000 team members worldwide. Throughout his career, Mr. Mackey has also championed a more purpose-driven way of doing business that benefits multiple stakeholders. He is widely regarded as one of the founders of “Conscious Capitalism,” and he co-authored Conscious Capitalism: Liberating the Heroic Spirit of Business in 2012.

If you enjoyed this article, please consider sharing it!