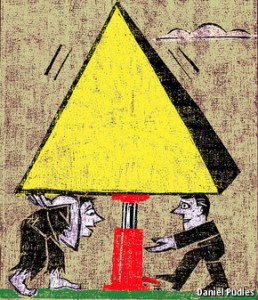 ONE of Paul Polak’s first innovations for the poor, back in the early 1980s, was to re-engineer donkey carts for refugees in Somalia, a project he and his colleagues jokingly named Ass Haul International. Their carts, which were more flexible for users and more comfortable for the donkey, cost around $450 and could generate revenues of $200 a month. The increased steady income that the new carts gave those who bought them offered Mr Polak his first proof that innovation and business can be a powerful tool for getting people out of poverty.

More from The Economist on Paul Polak’s new book ‘The Business Solution to Poverty’ here: http://ow.ly/qvvup