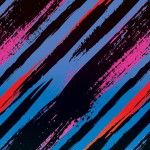 While spending might be up for the richest 1%, the rest of Americans are quietly revolutionizing the economy, reshaping their spending habits to reflect a desire for quality over quantity.

America is on strike.

But don’t look for picket signs and bullhorns. Instead, one by one, Americans are lifting their collective middle finger and showing it to an economy that’s no longer in line with their values.

In the 2000s bubble era, too many Americans wanted something simple: more. A bigger house. A bigger car. A more expensive wardrobe.

Then came the recession. Consumption plummeted and the illusion of broadly shared prosperity melted away.

But the richest 5% of Americans are back to spending like they’ve got Gordon Gekko’s Visa card. They’re now responsible for 38% of domestic consumption (up from “just” 28% in the go-go ’90s).