Huff Post: Why Business is a Force for Good, Yes Really 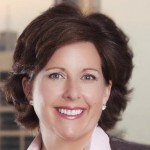 Cut to the evil businessman cackling as he counts his coins while his workers slave away in the salt mines, giving their lifeblood for his riches.

We all know the story. It’s the common narrative of pop culture movies and TV shows.

But what if this old story isn’t true?

Prior to the Industrial revolution, most of the world lived in poverty. According to research from the World Bank in the year 1000, real GDP per capita was $435 per year (in today’s dollars) 750 years later, in 1750, it was only $667. During the first few thousand years of our existence, for most humans, life was sheer survival. People spent their days scrounging for food and seeking shelter. Very few lived past forty.

Many people on the planet are still in survival mode, but that’s not because of business. It’s actually the absence of commerce that keeps people impoverished.