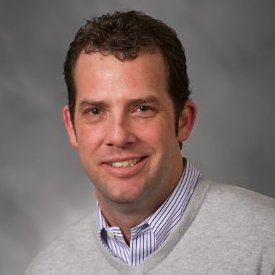 CLEVELAND, May 13, 2014 /PRNewswire/ — With the current explosion in popularity of Thomas Piketty’s Capital in the Twenty-First Century, groups like Conscious Capitalism stand to gain more attention from people who share the vision of Fathom CEO Scot Lowry. Ever eager to infuse his work and the company he leads with purpose, Lowry is excited and proud to announce Fathom’s membership in the national Conscious Capitalism community.

Conscious Capitalism, a global network of U.S. and international chapters, is dedicated to “elevating humanity” on the foundations of capitalism. It is committed to creating a peer community of corporate members based on shared values and vision.

As Fathom seeks to inspire its people to transform their relationships with all of its stakeholders— other employees, clients and the community—it has officially joined the movement in order to connect the people at Fathom to other like-minded leaders.

“Conscious Capitalism has put a name to the direction we have been going in for several years.  As a company, we live or die based on how phenomenal our people are.