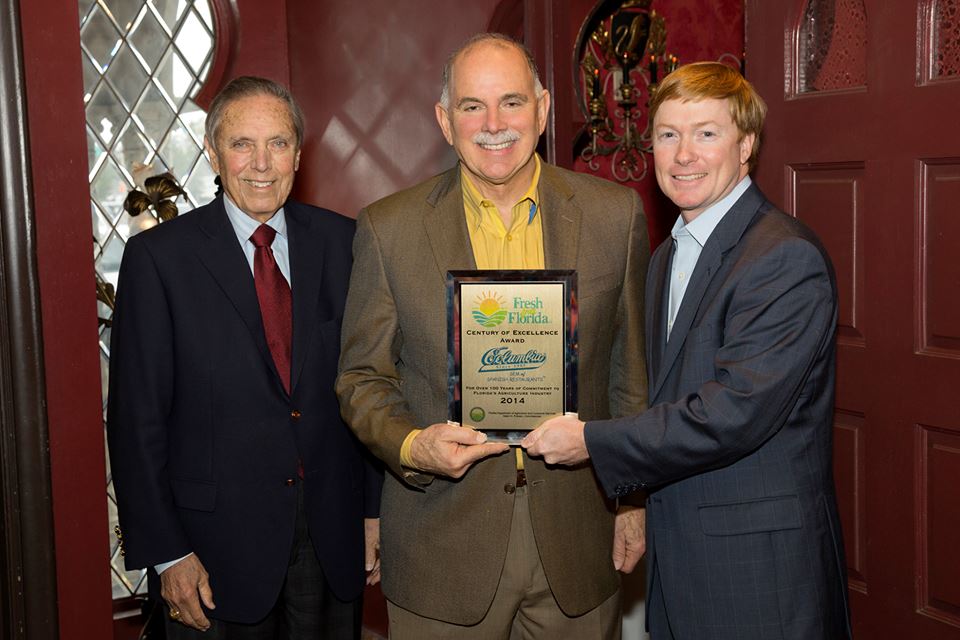 The Columbia Restaurant received the award from the Florida Department of Agriculture and Consumer Services for more than 100 years of stewardship and promotion of Florida’s agricultural and seafood products.

“Because of the hard work, passion and commitment of the Hernandez-Gonzmart family, the Columbia Restaurant is a Florida landmark,” said Commissioner Putnam. “We are proud to recognize the Columbia Restaurant with the ‘Fresh From Florida Century of Excellence’ Award for more than a century of world class service, success and promotion of Florida agriculture and seafood.”