Bloomberg: Will Investors Put the Lid on the Container Store’s Generous Wages? 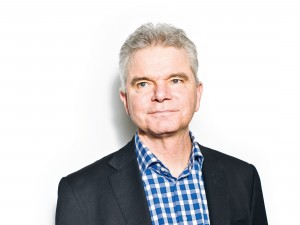 A few years ago, Kip Tindell found himself at a crossroads. Tindell is chief executive officer of the Container Store, the retail company he co-founded in Dallas in 1978. He’s worked with his wife, Sharon, the entire time, and many other executives have been there for decades, too. Tindell likes to fly-fish and daydream. He’s slow-twitch.

Tindell’s ambitions had grown over time. He realized the Container Store, which had been operating in big metropolitan areas, could expand into smaller cities. He also wanted to offer more employees stock in the company. But he was conflicted. “There are only a few things you can do to finance that,” he says. “My dad did not leave me $3 billion.”

The private equity firm Leonard Green & Partners, which bought a majority stake in the Container Store in 2007, let Tindell run the company as he saw fit. Looking for another private equity firm as compatible as Leonard Green would be difficult. “How are we going to find another one that can deal with us?” he wondered. He didn’t want to take on more debt. He ruled out selling the company. “You subjugate your brand and management team, and that’s not good,” he says. He decided the best option was to take the Container Store public.

Tindell began promoting the company to potential investors in October 2013. “Hopefully we’ll get along well with our shareholders,” he told his executives. “We like the longer-term ones better than the shorter-term ones.” The Container Store’s stock began trading on the New York Stock Exchange on Nov. 1 of that year. “I was the guy on the floor who wasn’t smiling when the stock price doubled the first day,” he says. The demands of leading a public company were so intense, he adds, that a few months later he came down with pneumonia.
Continue reading at Bloomberg